It seems like Christmas is a time to wear ugly sweaters, celebrate the white elephant, and cook things you’ve never attempted before. I have done all of the above in the last week. In this episode of, “It might be totally gross,” I decided to bake a pie, against my better judgment. I am not a baker, and I really have no business making pie. But, I had some quince patiently waiting in my fridge forever that I had purchased from one of my favorite vendors at the Farmers’ Market and I wanted to do right by them and to honor Lillian Drinkwater’s beautiful hands. So, I set out to make pie. 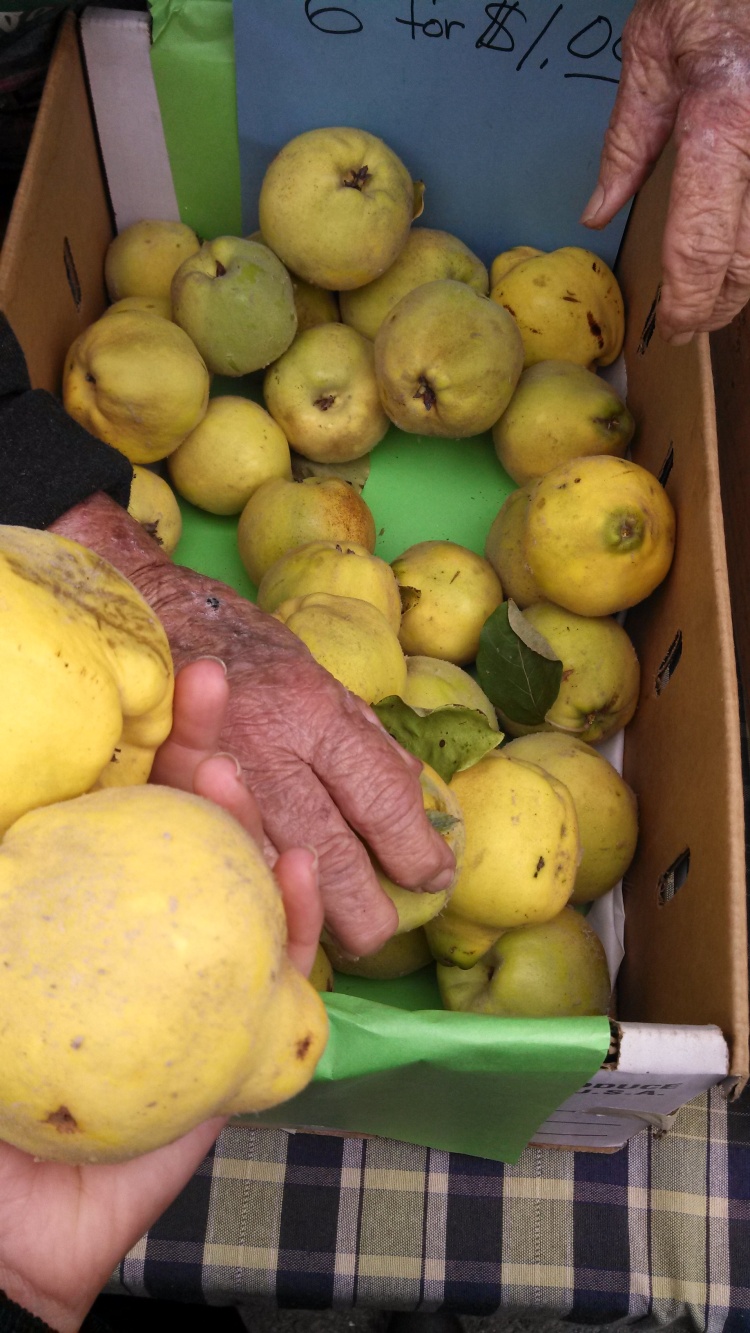 I loosely followed this Honey-poached quince pie recipe, with a lot of adaptations. The main reason I am not a baker is that I categorically defy recipes, even when I’m not limited by the local parameters. In this case, I substituted honey for sugar, which was no problem, and added apples to the mix. The crust is where things didn’t exactly work out. I fear pie crust, and I decided to use some previously made tortilla dough to roll into a crust, rather than starting from scratch and dealing with diced butter, ice water and other delicate maneuvers. I don’t even own a rolling pin so I used a bottle of olive oil to roll it out.

I think it would have worked out OK if I had had enough of the dough, but the amount was only sufficient for a very thin bottom crust, leaving the top exposed and the edges sparse. It smelled like a proper pie, but didn’t quite come out like a masterpiece. The thin crust got too crispy around the edges and I think it got too dry due to being topless.

I was planning to bring the pie to a White Elephant party, but I got too self-conscious at the last minute, so I left it in the car. It tasted pretty good based on my low baking standards, but it wasn’t anything to brag about. And then I got to eat it for breakfast for many days, topped with yogurt and honey so I guess it’s a success of sorts.

A bigger success was the gift exchange at the party. My first gift was tiny bottles of Patron tequila (my fave) and Bulleit bourbon, and I unwrapped them with wide-eyed amazement at the existence of hard liquor and the realization that I could actually consume it in fewer days than I could count on my fingers. As white elephant parties go, this gift was of course stolen from me, despite my dramatic pleas. It was, ultimately, a happy ending. I scored some beautiful handmade beeswax candles from Carson & Bees, and then in a most un-Grinchlike act, the winner of the tequila gifted it to me! 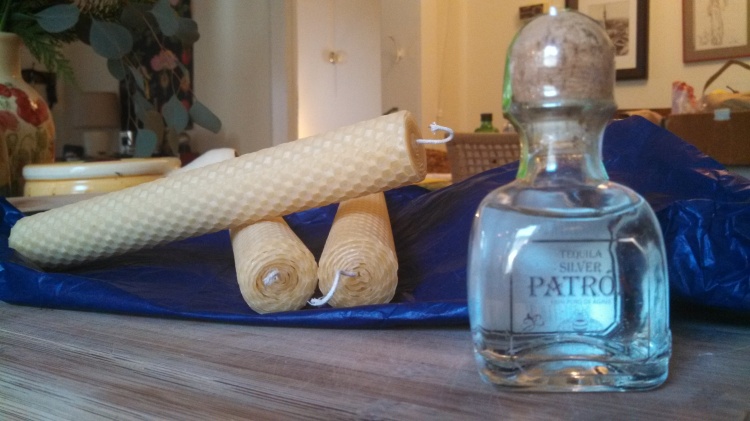 In the next installment I will share the wonderful adventures of making 100% local Christmas pozole in Santa Barbara with my family, with the assistance of my pug-niece, Lola.

Merry merry to all!